The Fall is the second scenario in The Rise of Wesnoth campaign.

In the Green Isle war against the Wesfolk, the Lich-Lords became desperate and summoned gateways to the Old Continent, allowing orcs to pour through. A group of Wesfolk captured Stormvale's Northern Keep, fleeing the advance of large numbers of orcs. Despite this, Prince Haldric managed to force their leader's surrender, with the aid of King Eldaric IV, his father. The leader revealed the Wesfolk's reason for their encroachment on Stormvale land, before being allowed to leave in peace. Eldaric subsequently attempted to fortify Stormvale's northern frontier in preparation for the orcs, leaving Haldric at the keep.[1] 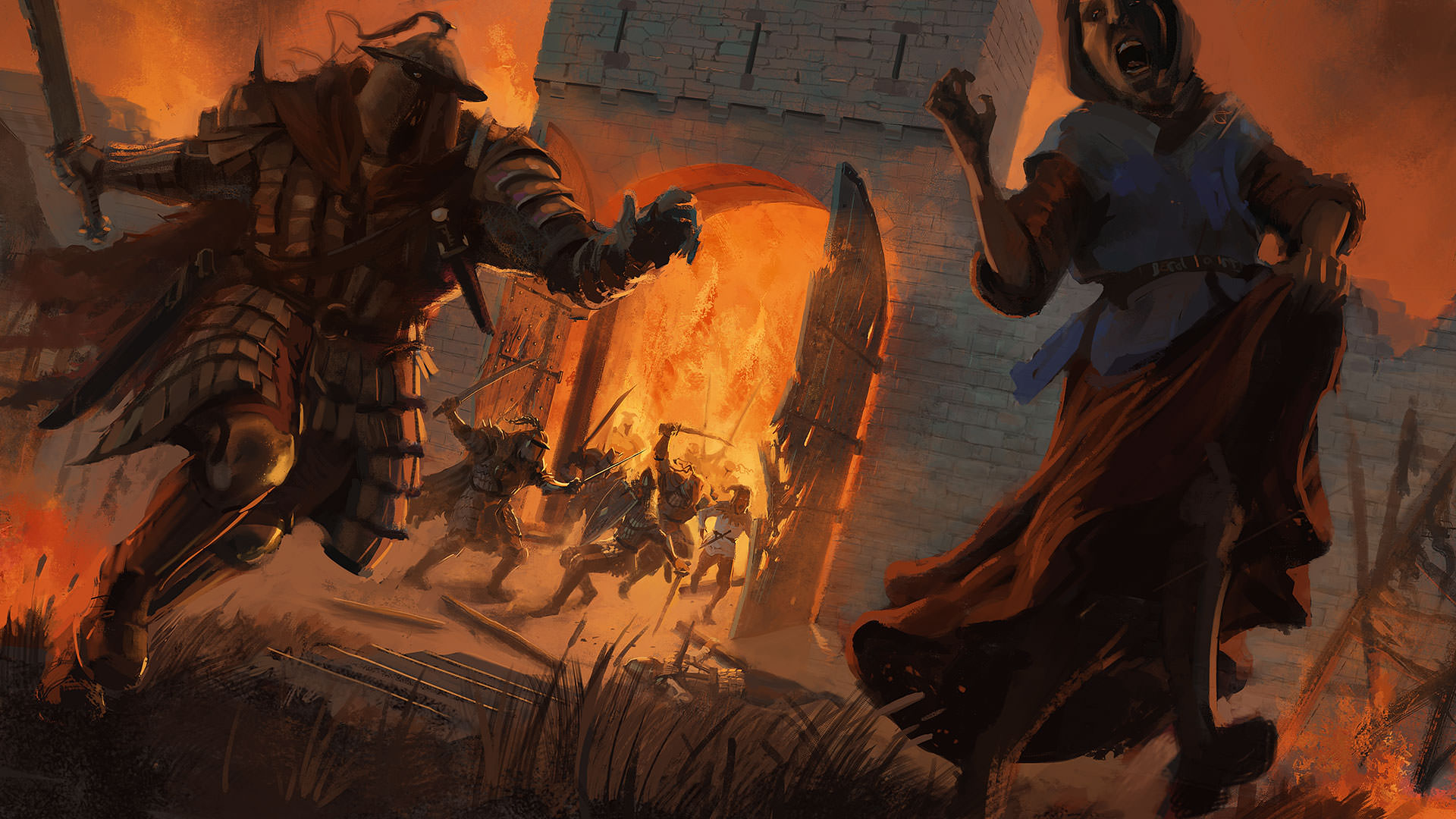 The orcs lay waste to the Kingdom of Stormvale.

Leaving behind his personal guard, consisting of Thegwyn, Galdred, and Tromas, Eldaric returned from the frontier the following fall with news that the orcs had overwhelmed their defenses, flanked them to the east in the mountains, and that Stormvale needed to be evacuated. Haldric pointed out that the Wesfolk they had previously driven out had since returned and now held the entrance to the south pass, the only possible exit from the valley.[2]

The orcs, led by orcish warlords Tan-Rarbag and Tan-Erang advanced on Stormvale, but were unable to reach the evacuees in time. Eldaric successfully defeated the Wesfolk and captured their leader once more. Though she attempted to invoke the right of surrender, Eldaric gave Haldric the responsibility of deciding what to do with her.[2]

Eldaric reasoned that he would need to buy the people of Stormvale time if they were to survive. He told Haldric told lead the evacuees through the south pass while he remained behind.[2] Though Haldric was able to escape, Eldaric perished in battle against the orcs.[3][4]