For the first nine teams, this will look like this after teamcolorizing (The last line is the original magenta image) [1]: 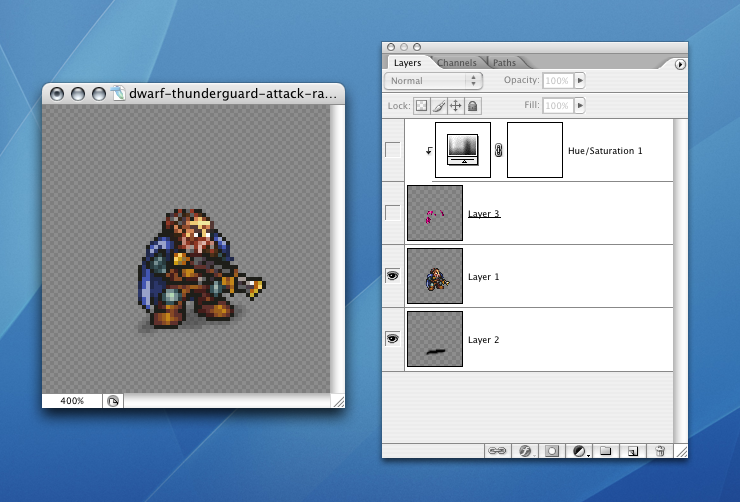 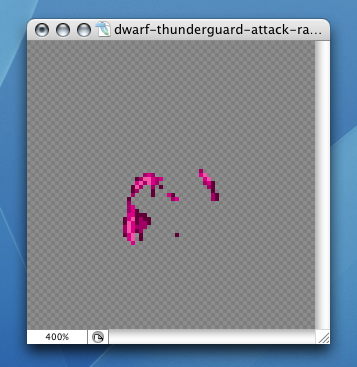 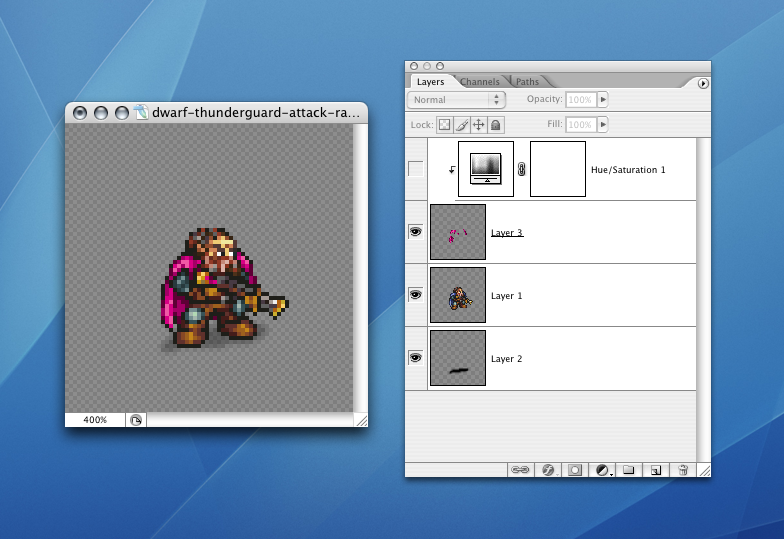 design errata for nerds/game-designers: E.g. "Why we did it the way we did." There are a number of other ways to do this, but this was what we settled on. A different option might have been to use special grayscale image maps to indicate what to change, they would have basically doubled the number of images used by the game. Alternately, we could have done some bizarre wizardry with graphics files, and included something like an alpha-channel to indicate which pixels to change; we decided against this because that would break the huge advantage of using a very standard format like PNG, which is that everyone can easily grab a program to edit it. Design nitpickers will notice one minor disadvantage in how we did it. The colors which get shifted away are inaccessible for direct use; but because they're such a small set of colors, and because they were chosen to be "unusual" colors (rather than common ones like earthtones), it's unlikely that not being able to use these specific RGB values would ever be a problem.