After losing a war in the Old Continent, the Wesfolk sailed to the Green Isle,[7] bringing with them the ruby.[1] It eventually made itself into the hands of the Lich-Lord Caror, who studied the ruby, documenting his findings in the Book of Fire and Darkness.[8] His control over the ruby did not last forever, as Lenvan managed to take the ruby.[1] Also, during the First Wesfolk War, he was attacked east of Southbay. He and his book were both petrified in stone there by Haldric's people.[8] 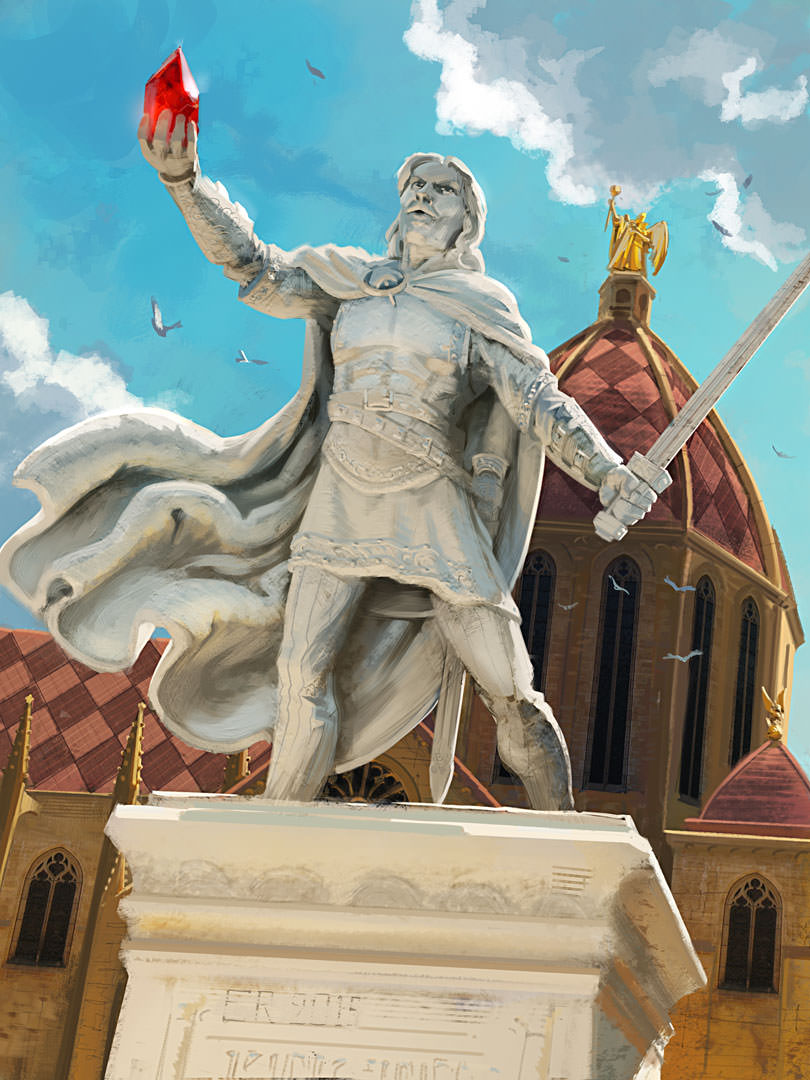