Eldaric IV was the final King of Stormvale and father of Haldric I, reigning until Stormvale's invasion by the orcs. Despite preparing fortifications on the northern frontier, his defences were eventually flanked. He allowed his son to evacuate the populace, meanwhile using the remainder of his forces to delay the orcs. He was slain in battle, marking the end of the Kingdom of Stormvale.

Eldaric was the King of Stormvale, one of a number of kings in the Green Isle. In the final year of his reign, his Northern Keep was seized by a band of Wesfolk, interrupting the summer harvest. At the request of his son, Prince Haldric, he only played a supporting role in the battle, allowing his son to lead his men into battle. Nonetheless, he suspected that the raid was unusual, in that the Wesfolk were already at war the Kingdom of Southbay.[1]

Managing to quell the invasion before the summer harvest, Haldric and Eldaric captured the leader of the Wesfolk, later revealed to be Lady Jessene.[2] Upon questioning her, she revealed that the Wesfolk were fleeing from orcs, who had been summoned by their former Lich-Lord masters in response to Southbay's war. Believing Jessene, Eldaric accepted her surrender, threatening not to be so merciful if she were to cause trouble again. With a greater threat looming, he ordered Haldric to man the keep, departing north to fortify their frontier.[1]

As summer transitioned to fall, Eldaric fortified his frontiers. As was expected, enemy scouts were spotted, followed by waves of orcs. Though stationed at the Northern Keep, his forces were overwhelmed, in part due to more orcs flanking them from the east. Eldaric left his personal guard to hold the northern pass and returned to Haldric to prepare an evacuation, only to discover that the southern pass out of the valley had been occupied by the Wesfolk once more. They hastened their remaining forces south to confront Jessene again. After her defeat, she once again attempted to invoke the right of surrender.[3] 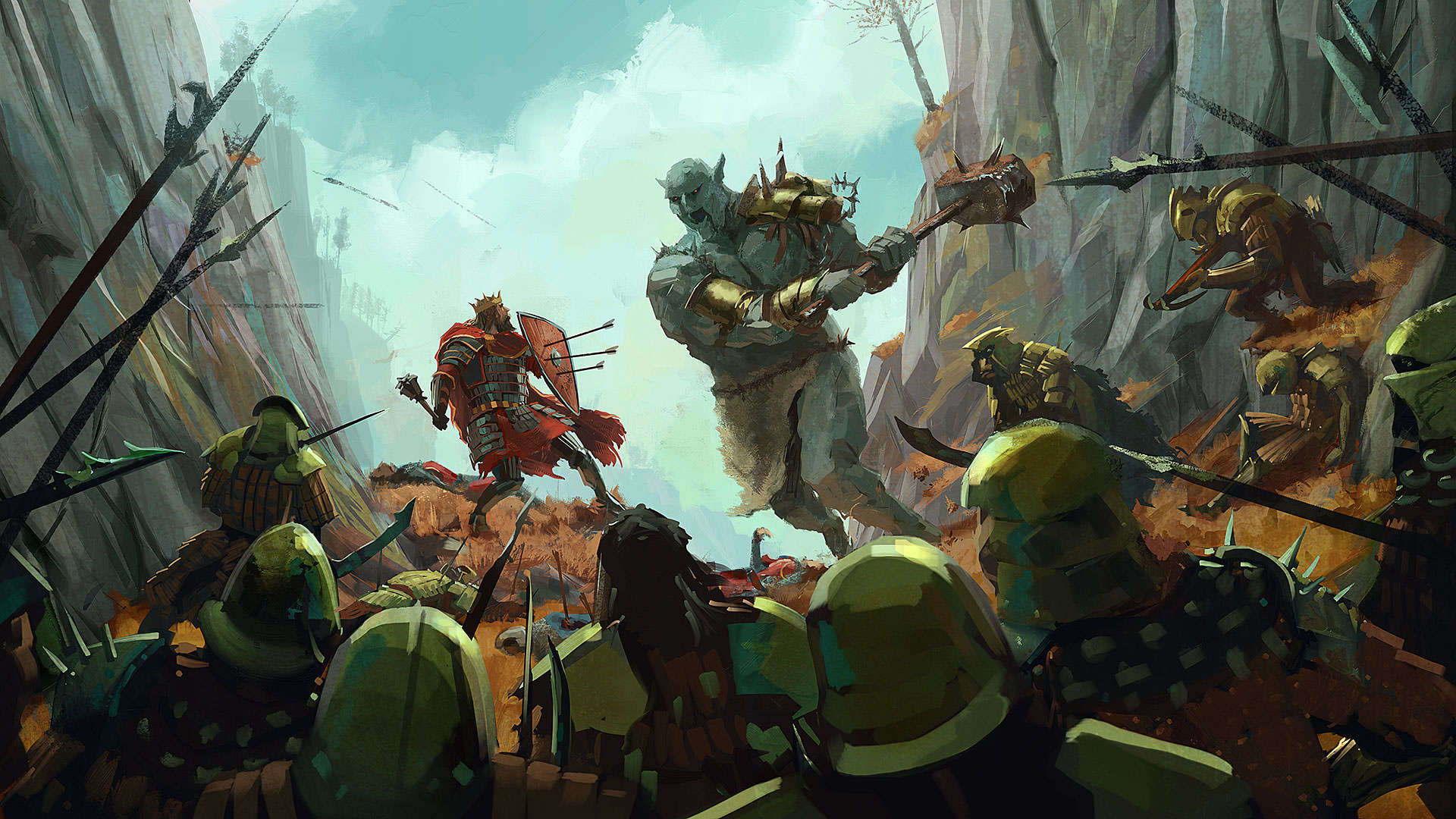 King Eldaric makes a last stand against the orcs.

With time running short, King Eldaric insisted that Haldric to lead his people through the south pass while he remained behind to hold the orcs off.[3] Though Eldaric did manage to hold the orcs back temporarily, he eventually perished in battle in the year 2BW.[4][5][a] In his father's memory, Haldric dubbed one of his ships the Eldaric.[6]

Eldaric was a more shrewd and practical tactitian than his son, as seen when the Wesfolk seized Stormvale's Northern Keep; unlike Haldric, he was able to discern that the attack was out of the ordinary. Throughout both of Haldric's battles at Stormvale, he provided valuable counsel. Oftentimes, Eldaric's levelheadedness helped Haldric remain focused, for instance reminding Haldric that they needed to forget about Stormvale during their evacuation.[1][3]

A neighbouring monarch, King Addroran IX, described having known Eldaric as "honorable".[7] Likewise, Eldaric managed to buy his kingdom's refugees enough time to escape the orcish onslaught, sacrificing himself in the process.[4][5] Despite this, Eldaric exercised a certain level of ruthlessness against his enemies, specifically the "Wesfolk scum", having no moral qualms about executing Jessene, only reconsidering due to practical concerns.[3]